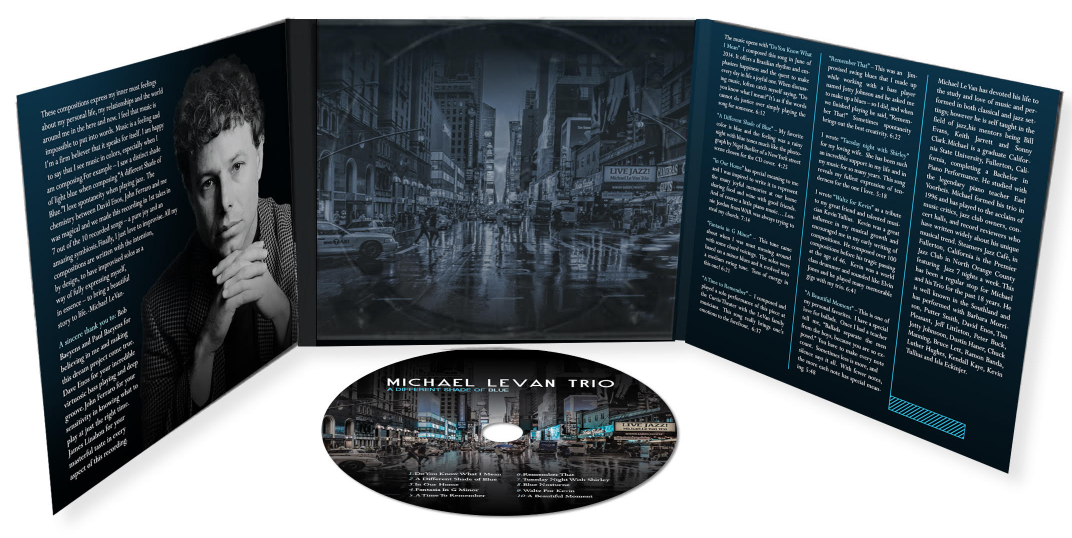 Music-making at its most inspired can become a spiritual experience. By surrendering to music completely without looking back and without projecting into the future, we can truly live in the moment. And it is in those moments that we can feel most deeply. In these very personal compositions, I hope to share the intensity of the times I felt while creating them. The result of these sleepless nights is a program as varied as the many sources of inspiration which led to its making.

It was exhilarating to work with David Enos and John Ferraro to bring my compositions to life through improvisation. The symbiosis between us was so magical that much of what is heard in this recording happened to be our first take. The passion and spontaneity that my colleagues brought to my music revealed what it truly means to give of oneself in the moment.

As a jazz pianist, he studied for some time with Buddy Motsinger. Largely self taught, he learned much through numerous collaborations and by listening intently to the masters. His most notable influences include Bill Evans, Keith Jarrett, Sonny Clark, McCoy Tyner and Herbie Hancock.

His trio has played to the acclaim of music critics and record reviewers, who have written widely about Michael's uniquely lyrical and harmonically subtle style.

David Enos has established himself as one of today's premiere bassists. Raised in the San Francisco bay area, he began playing bass at fifteen. His credits are extensive. Equally accomplished on both acoustic and electric basses, David is not only in demand as a live performer, but also as a session player. He toured with Arturo Sandoval for seven years and has also played with Stan Getz, David Benoit and Sergio Mendez, to name but a few.

John Ferraro was born in Waterbury, Connecticut to musical parents and has been playing drums since he was five. He has worked with Larry Carlton, Stan Getz, George Benson, Linda Ronstadt, Burt Bacharach, David Benoit, Steve Morse, Vikki Carr, Randi Crawford, Robben Ford, Keiko &
Both the Digital Download and the Premium Digipack CD can be purchased with your credit card or PayPal account.